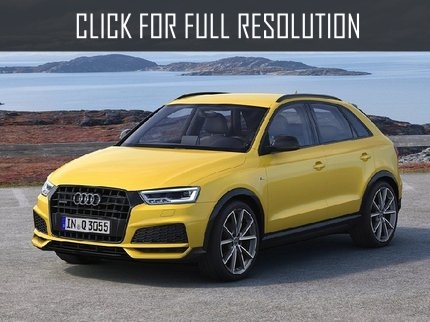 The crossover Audi Q3 of the next generation will be presented in the autumn of 2017 at the Frankfurt Motor Show. On sale the novelty will go as early as 2018. At the basis of Q3 will now lie the MQB modular platform, which allows to develop hybrid and fully electrical versions.

With regard to the latter, according to the Western mass media, it will use the technology and achievements of the concern Volkswagen, which includes the company, Audi. In the VW lineup, already have electric cars. In particular, e-Golf, an updated version which was shown only in the last month.

However, electric version of Q3 will appear later. Initially, the new crossover Audi will offer the traditional internal combustion engine with capacity from 150 to 220 hp. For the crossover will also develop a "charged" modification of the RS Q3 with 400-horsepower engine.

It is also worth adding that the next Audi Q3 will be slightly longer and wider than its predecessor, as well as much lighter, thanks to the MQB platform. For 50 mm will increase the length of the wheelbase, which means that the rear passengers get more space, and the trunk is likely to be bulkier than today's 420 liters.